What does XGS PON mean?

XGS PON is an accessory product for making electrical connections, divided into the category of connectors in the industry. The clamp is used to facilitate the connection of wires. In fact, it is a piece of metal enclosed in insulating plastic. At both ends there are holes in which wires can be inserted.

What is the meaning of the XGS PON system?

How is the development of XGS PON?

How many wavelengths are there for XGS PON? 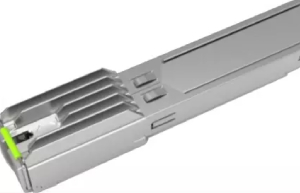 What is the meaning of the XGS PON system?

XGS PON is an updated passive optical network (PON) standard that can support symmetrical data transmission at higher speeds of 10Gbit/s and is part of a family of Gigabit-capable PON or G-PON standards. G-PON is an acronym for Gigabit PON or 1 Gigabit PON. The "X" in XGS stands for the number 10, the letter "S" stands for symmetrical, XGS PON10Gsymmetrical PON. Earlier versions of asymmetric 10G PON (XG-PON) were limited to 2.5Gbit/s upstream.

How is the development of XGS PON?

PON technology originated in the 1990s and has evolved through multiple iterations with different wavelengths, different speeds and different components as the technology continues to improve. All fiber PON networks still have in common the power-free or passive state of the fiber and the split or merged components of the fiber, i.e. the absence of active components such as optical amplifiers that require power in the network. As emerging technologies such as streaming, high definition and 5G continue to increase bandwidth requirements, developing standards such as XGS PON has proven essential.

How many wavelengths are there for XGS PON?

While the physical fiber and data format conventions of XGS PON technology are the same as the original G-PON standard, wavelengths have changed. The downstream wavelength of XGS PON is 1577 nm and the upstream wavelength 1270 nm. The main reason for this is that multiple PON services can coexist on the same PON for seamless service upgrades/migrations, or that different service providers can use the same PON or provide different service levels (e.g., commercial vs. household).. The wavelength of XGS PON differs from other standards such as G-PON and NG-PON2, but the entire PON transmission window from 1260 to 1650 nm can be compatible with standards such as G-PON, XGS PON and NG-PON2 simultaneously in the same fiber optic network. Since XGS PON is an updated version of the XG-PON standard, XG and XGS PON work with the same wavelength to provide symmetrical capacity in upstream and downstream directions, which is the only case where the same wavelength is reused. Today, most operators who want to provide 10G services opt for XGS PON.

GENEW's service team is committed to our customers' success by providing exceptional planning, deployment, support and customer service for high-performance IP-based voice, data and video networks that include wired, wireless and broadband technologies.

You are here: Home » SOLUTIONS » News » Industry News » What does XGS PON mean?