What is the function of XGS-PON?

Because of its simplicity and backward compatibility, PONs have proven their worth for over two decades. XGS-PON continues this tradition while pushing it into new and unprecedented territory.

How to measure XGS PON wavelengths?

What is the relationship between XGS-PON and NG-PON2?

What is XGS-PON OLT? 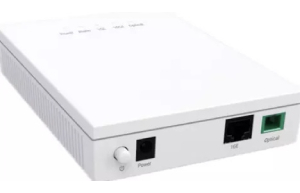 How to measure XGS PON wavelengths?

The evolution of PON networks has necessitated the improvement and adaptability of PON test tools. Traditional fiber test tools (including OTDRs, light sources, and broadband power meters) can be effectively utilized, but have limitations. For example, a broadband power meter cannot be used to measure downstream optical power levels (if there are multiple optical wavelengths), either because RF video is overlaid on the same PON (broadcast), or because its multiple services coexist on the same PON (e.g. G-PON and XGS-PON). Downstream wavelengths are broadcast continuously, which makes measurements easier, however, because the physical upstream path of the PON is shared, the upstream wavelengths must be time-division multiplexed (TDM), resulting in bursts of upstream traffic. In addition, the ONT equipment at the user's premises will only respond and transmit upstream if it can receive the downstream wavelength first, so measuring upstream power also requires a tool that supports both burst mode measurements and punch-through mode operation.

What is the relationship between XGS-PON and NG-PON2?

The NG-PON2 standard is seen by some as the next logical step in increasing service and network capacity, but it brings inherent challenges and enhanced potential. NG-PON2 uses time division multiplexing and wavelength division multiplexing (TWDM), allowing four or more 10Gbps transmissions simultaneously on the same fiber for a total symmetrical capacity of 40Gbps. This technology is very different from XGS-PON, which, like G-PON before it, operates on specific upstream and downstream wavelengths. While the bandwidth potential of NG-PON2 is impressive, this technological leap requires the use of multiple fixed or tunable optics at both ends of the line, which is unnecessary for deploying XGS-PON and means deploying The initial cost is higher.

The use of TWDM provides NG-PON2 with variable wavelength capability, and the range of upstream and downstream wavelengths allocated according to the NG-PON2 standard does not overlap with XGS-PON or G-PON dedicated wavelengths. This distinction allows overlaying NG-PON2 services over existing G-PON or XGS-PON installations. Both NG-PON2 and XGS-PON utilize higher/longer (>1550 nm) downstream wavelengths, which are inherently more susceptible to power loss due to macrobend attenuation.

What is XGS-PON OLT?

For all PON standards, including XGS-PON, the starting point is an Optical Line Terminal (OLT) installed at the service provider's local office. OLTs are active (powered) hardware used to convert and transport data from service providers and to coordinate multiplexing at the optical network terminal (ONT) network side. Due to the operation of the passive downstream optical splitter, the XGS-PON OLT broadcasts the same data to all ONTs in the network. It is up to each ONT to determine which data is intended for them. The virtualized OLT can be programmed to carry traffic over multiple PON technologies such as XGS-PON and NG-PON2, using the same hardware for added flexibility. The OLT split ratio flexibility allows a single XGS-PON OLT to operate multiple PON Optical Distribution Networks (ODNs).

GENEW Installation (Network) Services address the challenges associated with accurate and efficient installation of your network infrastructure, on time and within budget.

You are here: Home » SOLUTIONS » News » Industry News » What is the function of XGS-PON?